Many people said that we look alike. How about you? 😉

I was born in Jombang, and grown up in Eastern Java. When I was 4 years old, my family moved to Cepu, seeking good fortune and better life. In the spirit of hijrah, I had decission to leave my home when I was to enter high school. I moved to Yogyakarta, enrolled at SMAN 1 Yogyakarta, and soon graduated after two years. Then I moved to Bandung for college, graduated from Bandung Institute of Technology in 2010. In the following year, I got a chance to pursue study (still) in Informatics field at Keio University, Japan, and completed it in March 2013. Besides school, I also joined several activities like OSIS, scout, music, Islamic communities, and amateur radio, which made me know Aisar. Now, together with Aisar, we run our own business, SMS Diolabs. My days are no less hectic when I moved to Japan, especially after being spouse of a salaryman :razz:. Spending time to handle day-to-day cooking, housekeeping, shopping groceries, etc. are quite new experience for me.

I was born in Denpasar, a Java descendant who have spent my whole kid and teen’s life in beautiful Bali island. After graduated from high school SMA Negeri 1 Denpasar, I left my hometown to pursue higher education at Bandung Institute of Technology, enrolling in electrical engineering undergraduate program for 4 years. During my college”s life, I joined several activities, like Islamic missionary Gamais ITB, Amateur Radio Club (ARC) ITB, and also social activities held by Putera Sampoerna Foundation (PSF). I graduated in 2009, and thanked God for giving me chance to live in Japan until now. I work at Toshiba, and being assigned to Corporate Manufacturing Engineering Center (CMC) in Yokohama. On the weekend, I run my own business, called SMS Diolabs, together with Ega.

Our reason why choosing “EA5512” as the thew

We always want to remember the day when we officially began our journey as a one soul of two fleshes. Many couple forget about their wedding date, but we swear we won’t :cool:.

One thought on “About” 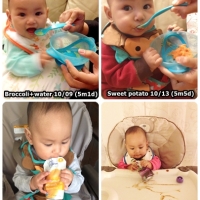 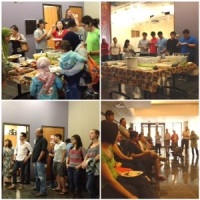