We spent a week of holiday after wedding in these cities. Check it out!


In Yogyakarta (people are used to call it only “Jogja”), we spent two and half days for looking around the city. Mostly we went for hunting culinary, shopping souvenirs, and visiting family. No time to enjoy the tourism spots, but we were happy enough 🙂 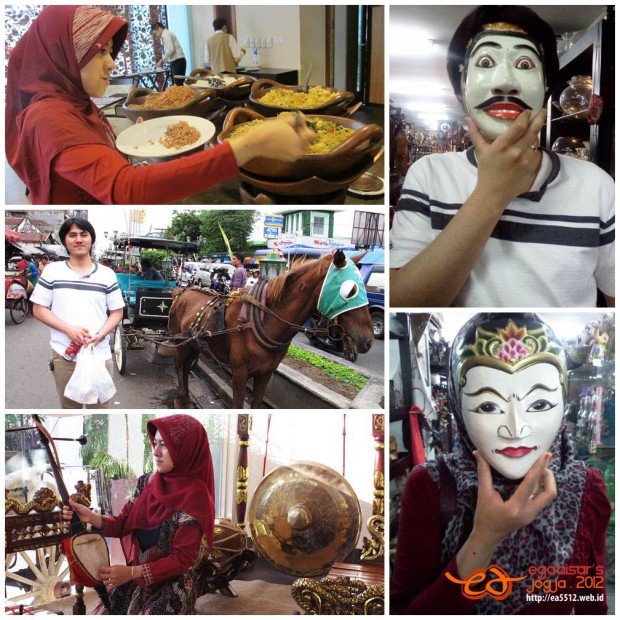 From Jogja, we took intercity bus direct to Linggapura, the hometown of Aisar’s ancestor. Aisar’s parents have just moved back there after years living in Bali. They would hold ‘Ngunduh Mantu’ (wedding celebration in the city origin of the groom’s family). Of course, we only show you “honeymoon” photos instead od ‘Ngunduh Mantu’ shots here 😛

While staying at Linggapura, we had the chance to visit other families in Brebes and Tegal, where Aisar’s mom was born. At the sixth day after our wedding, we left for Tangerang, nearby Jakarta from Cirebon (There is no station direct to Jakarta from neither Brebes nor Tegal). Aisar’s first sister lives in this city so we stayed there and waited for returning-flight to Japan in the following day. May, 12th, 2012, exactly a week after wedding euphoria, we had to say “goodbye and see you again” to Indonesia. Our new life in Japan will begin very shortly. 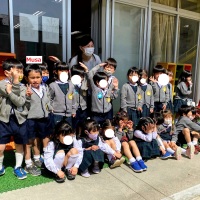