Yes, less than a month later we’re gonna celebrate our second anniversary. Yet, last week there was still a big wedding gift arrived at our door. Wow! The gift came from Ega’s friends in campus organization where Aisar also became a member. Rosi, who arranged to send it to our address, said that they had raised the funds to buy it, but unfortunately none of them could come to our wedding due to the distance and transportation issue. Yeah, we got married in the rural area, indeed 😛 Anyway, thank you so much for keeping it that long until we are back to Indonesia now. Jazakillah khayr, Sisters! 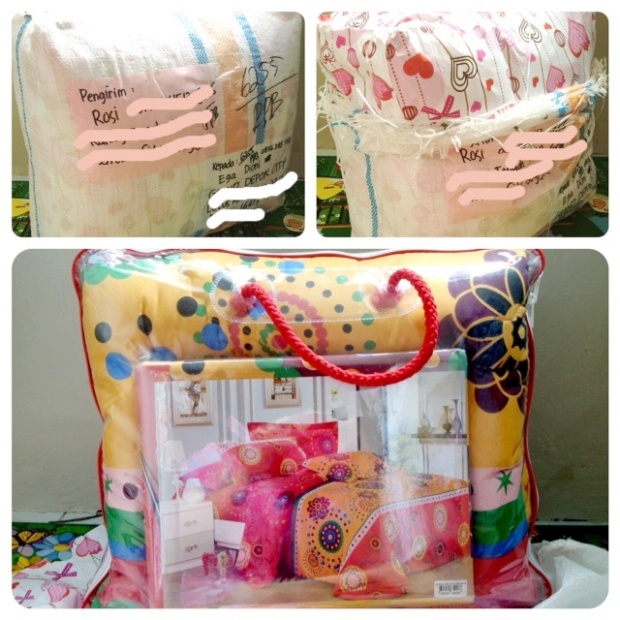 Lucky us, that gift is something we’re currently needed. We have only one set of bed cover in flat, so we don’t have the backup when it’s washed :mrgreen:. The preference to color is matching with our favorites too.

By the way, it’s written “late gift #3” above just because in advance we received other late gifts from friend and family. We seemed getting more than three times, but only these ones were managed to be captured. Last year, we got a book-themed marriage from Ega’s pal in Japan whose business of selling books from Indonesia. Similar stories, she had left the gift for long time before on my murabbi, but just given by her almost a year later 😛

Another late gift we got from Aisar’s relative in Jakarta. They left it to Aisar’s first sister who lives in Tangerang. Their present was also the stuff that we needed at that time: a fairly thick blanket. It helps us to add a wedge on the bed in our room (belonging to host), which the spring has already been damaged after used just for three months 😦 No idea whether because of our weights are too heavy or the bed quality is too poor. The second presumption is likely more reasonable :eek:. Anyway, this is it.

Well, this post will continue to be updated if the other late gifts greet us in the future. It’s never too late to pray for our happiness (plus complete it with a gift), right? LOL 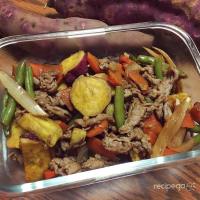