Well, I might be exaggerate (lebay in bahasa Indonesia slang), but today was really like a dreaming day for me. I can’t believe I made it! There was a menu that is actually our favorite, but I always avoided to cook, even to learn. Aisar requested me for several times , but I kept saying, “No! It’s difficult, couldn’t be cooked carelessly.. if not so, it would be tough and stinky” (in bahasa Indonesia of course :razz:). However, yesterday, I found an import shop nearby Azabujuban-station, Nissin World Delicatessen. This supermarket provides halal meat block in the 2nd floor and I was astonished to see various kinds of animal body parts sold there. They even sell the lamb (or sheep? I forgot) leg with about half of meter long. In short, I suddenly wanted to buy duck. “Maybe this is time to try”, my heart talked. I chose one from two available sorts.

At night, around 10.15 pm, the duck-cutting operation began!

Firstly, I tried to cut the leg as I usually did for chicken (yes, since there’s not so many choices for halal ones, we used to cut the whole chicken by ourselves) , but then.. eh? the femur wouldn’t break! No, it’s not such common “track”. I realized that the duck-bone structure is different from chicken-bone. So, Aisar searched me a tutorial video on YouTube 😀 and we watched this. From some videos we investigated, the conclusion is:

Basically, the whole duck can be divided into four parts

By trying to follow the video, Aisar helped me to execute the cutting. Yihaaa! Don’t worry, girls! Your spouse won’t leave you fight with that 2kg-thing alone :eek:.

anticlockwise direction: (1) the duck had just removed from its package (2) final result (3) the butcher 😀 (4) appearance from pressure cooker after 30 minutes

Finally we had seven pieces instead of only four: two legs, two breasts, two drumettes, and one tail (I don’t know how to say this part :lol:). The next processing is definitely my job. Before sleeping last night, I washed all pieces of duck, smeared with lemon juice, place it in plastic lunch box, then store it in refrigerator. In some recipes, you need to do this minimum 30 minutes to eliminate the tang.

This is the complete recipe that I practiced this morning. I combined some recipes for either ingredients or method and it tasted sooooo goooood.. also tender!!! Nom nom nom nom… 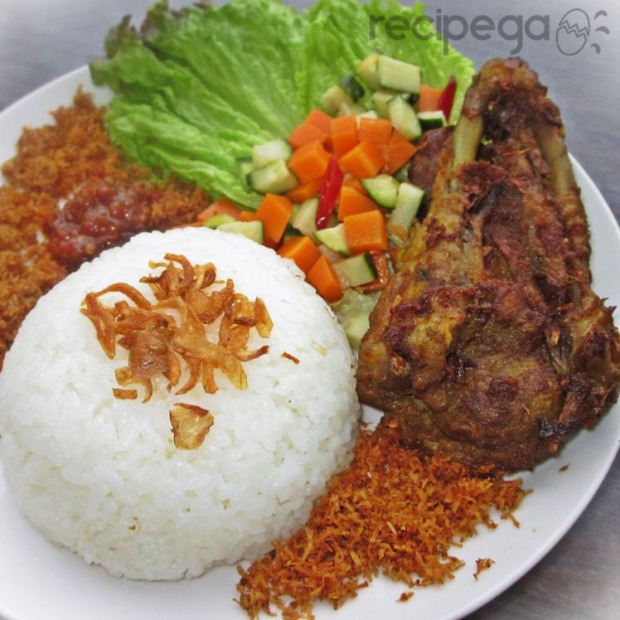 Point ★ To get the meat tender, the easiest way is using pressure cooker (PC). If you have no PC, cook it twice longer.

How to cook?
– Do the prior treatments as I did above (cutting, washing, smearing with lemon juice, storing in refrigerator 1-2 hours)
– Finely chop the spices: 6 red onions (or 1/2-1 onion), 4 garlic, 6 cm ginger, 5 cm galangal, 2 tbs turmeric powder, 2tbs kecap manis, 3 hazelnuts, 3 red chili, 1 tbsp palm sugar, 1 tbsp coriander, 1 1/4 tbsp salt
– Smear the meat with the chopped spices, store in refrigerator for 1 hour
– Place into pressure cooker, add the water until the meat is just submerged
– Cover well the pressure cooker, then cook for 30 minutes
– Grill or fry it
– Serve with sambal and salad (in Indonesia, we eat it with cucumber or lettuce) 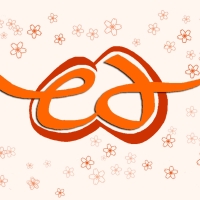