I would say again and again that.. we looooooooove farm so much much much! I wasn’t animals lover until I had kid and realized that they are as cute as “Old Mc Donald Had a Farm” song.. Haha. We enjoyed some visits to the farms in Michigan, made lots of memories of fruits picking and animals petting, and last trip to Hokkaido we also had one awesome experience in Earth Dream farm. Today we finally managed to go to the famous farm (they use the term “牧場” alias “cattle” instead, whatever.. ) in Kanto area: Mother Farm. Much effort to reach the location, but all was very well paid once we spent a day to explore the view and attractions inside the cattle. Three of us had a blast!

One important tip before you go to Mother Farm if you’re around Tokyo, Kanagawa, or other distance areas from Chiba: prepare your budget carefully. Aisar warned me on D-7, “Bolak-baliknya aja udah sejuta sendiri,” (the cost for transportation alone is about ¥10,000). In our version, the cost included:

We didn’t take train because bus is faster than brute-forcely rode on regular train to Kimitsu station. I firstly thought I wish we could drive a car (my husband’s driver license was expired), but then I couldn’t agree more to Aisar that it’s better to avoid driving after seeing the curled roads surrounded by cliffs along the way to the farm.

Waiting bus for Haneda airport. In the airport we took the bus to the nearest station for the farm.

“Vitamin Sea” on the way to Chiba

Musa fell asleep in Keisei Bus from Haneda to Kimitsu-eki

After two hours trip, we finally arrived at the farm. 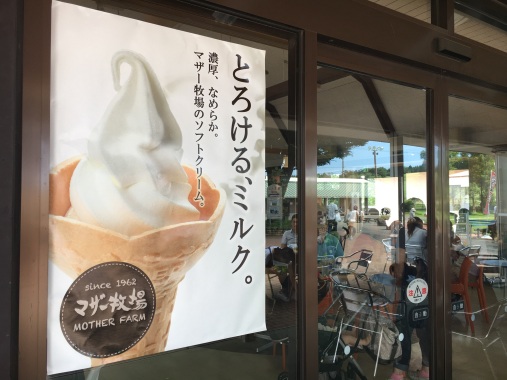 Fascinating ice cream in the restaurant 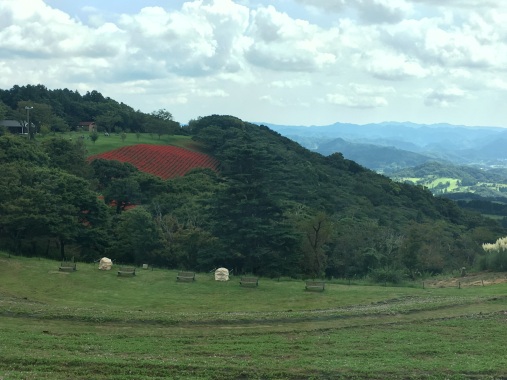 Can you see the red Salvia bed?

Note this! Soon after entering the gate and handling the pamphlet, check the schedule for the animals’ performance, so you can plan your trip inside farm and won’t miss any show. We didn’t know about it and wasted our time to look around the restaurant, then suddenly Aisar told me to give up and go to the bus stop quickly to catch the sheep parade. He just realized there’s a parade when on a whim to read the pamphlet. We caught the bus, but were not lucky enough for the parade T_T. However, since we came right after the parade ended, we got the chance to pet the sheep before they returned to their house. 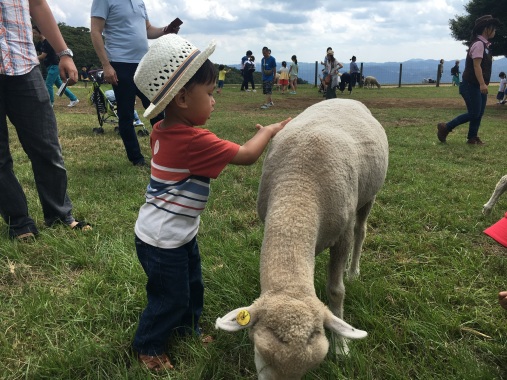 The only pic Mama and Papa made with the sheep, Musa was impatient for more petting and refused to be captured :))

Hmm.. which sheep should I pick?

The sheep are very tame, no worries to get as this close 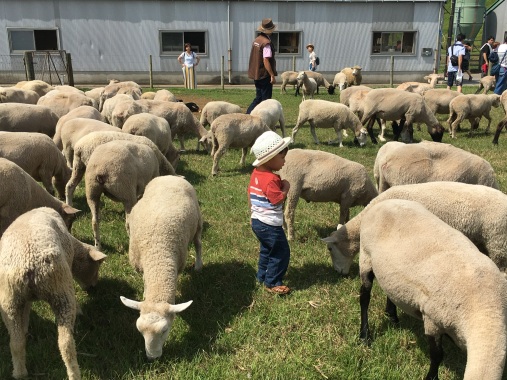 Look at those well-shaved sheep furs 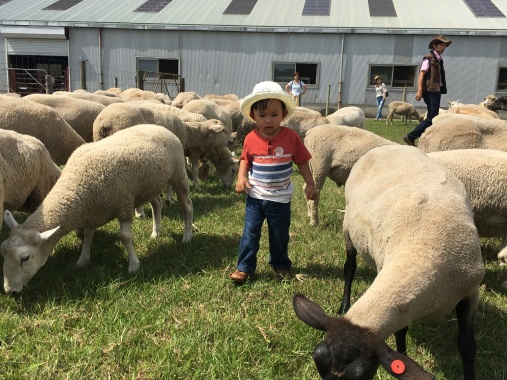 Cattle with the crop picking facility is perfect! In Mother Farm, you can pick the fruits or vegetables depending on the season and orchard they’re opening. This sweet potato picking became our first experience digging up soil to pull the roots. Super fun! Mama got a precious chance to know more about sweet potato and upgraded my cooking skills to use up 3.5 kilograms of sweet potatoes! (I uploaded the results under #recipega tag in this web) 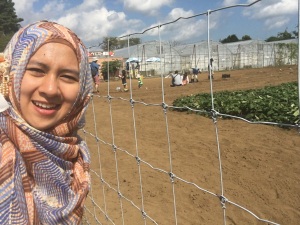 The sweet potato farm seems behind me 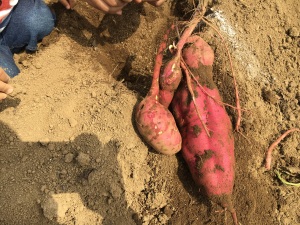 Helping Mama to dig up the soil

It might be the cutest show we’ve ever seen! The white ducks waddled here and there, greeted the visitors, chasing their foods, jumped in and out into pond, and of course did quacking! Don’t miss it if you’re in Mother Farm! 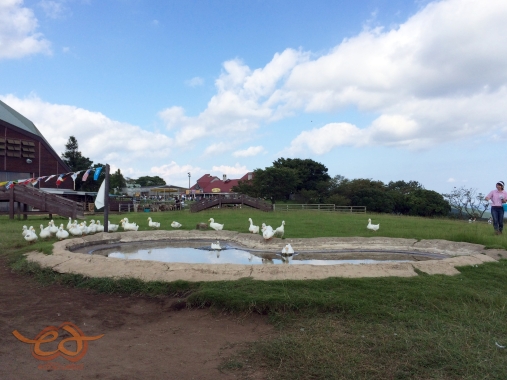 The cutest march was about to begin

The ducks greeted all visitors before show

Food is important to make the ducks work and entertain us

Wherever there’s food, there the ducks go 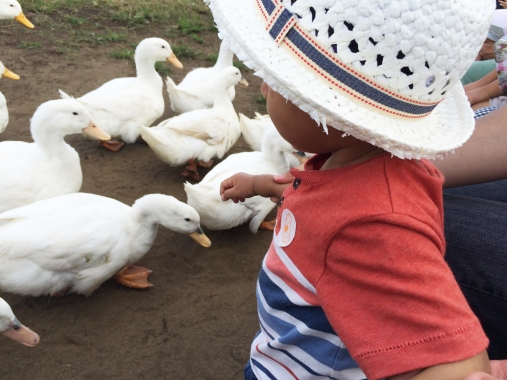 Somebody felt so eager to touch the duck

He’s not afraid at all

Ah.. this one was slightly out if my expectation. I imagined to see the black and white cows snuggling in the large grass field and to sneak a milking house where many cows are being milked using the machine. I didn’t expect to milk-the-cow too much because we’re once done it 😝 In the reality, there were only two cows displayed outside for milking experience. It’s not comparable to the long queues of visitors who were waiting for their milking turn. The staff finally announced that each person could only squeeze the cow’s milk TWICE. Haha.

Tunnel from the main area into the cow’s farm 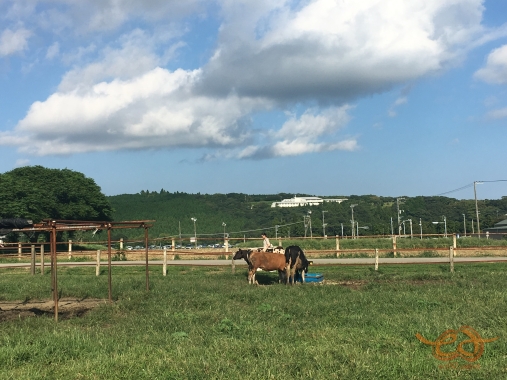 A painting with real feeling 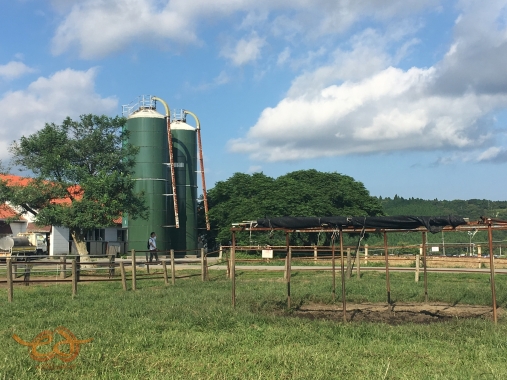 The milk refineries for Meiji 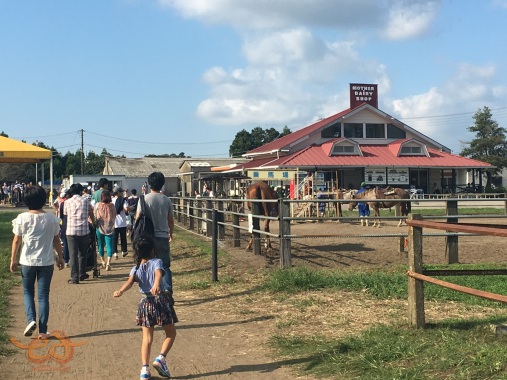 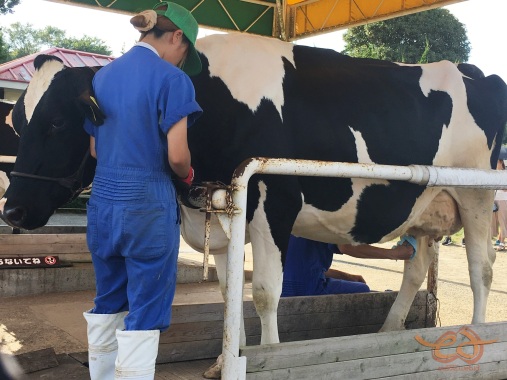 Due to long queue, every visitor was allowed only two times squeezing 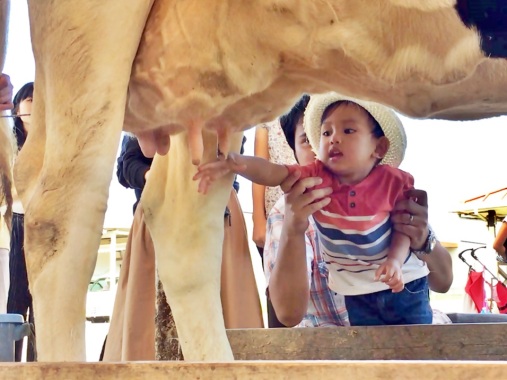 Musa was brave to hold and squeeze the cow’s milk 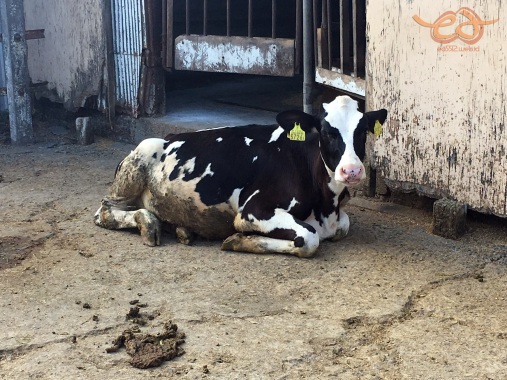 We skipped flower viewing because the day’s almost over. Another highlight for today’s adventure is.. meeting Michiko! Musa had just met her yesterday in her birthday and they seemed to click each other during the event. Who knew she’d came to this 40km away at the same time with us rather than any other destinations? 😁

Overall, we had fun in Mother Farm and brought home lots of precious memories plus lesson learned!

One thought on “Country Trip to Mother Farm”